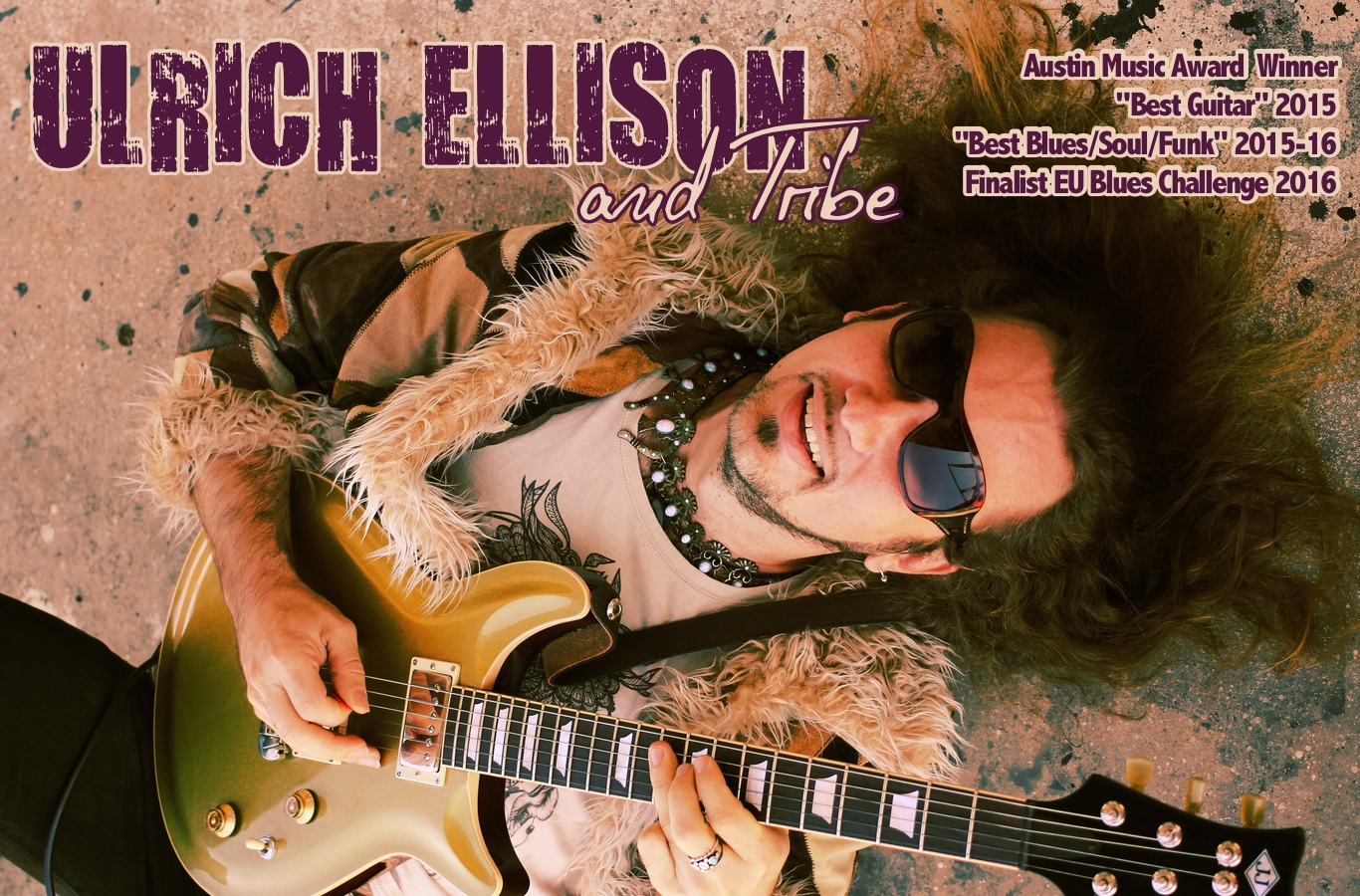 Winner of three Downbeat Awards, Ulrich Ellison has been gaining international recognition as an electric guitar player and songwriter whose sounds and tones are on the verge of the blues tradition and contemporary rock. Ellison’s guitar style is both economic and focusing on the essential statement. What underlies his sound is an ethereal quality that takes the listener on a musical journey. Ellison’s song catalogue spans from blues-based jams to pop-infused songs to progressive rock, held together by a charismatic presence and a “take-no-prisoners” rhythm section.  Among the various achievements rank a nomination for a European Blues Award 2016, 2 Austin Music Awards in the category “Best Blues/Soul/Funk” as well as the 2016 Award for “Best Guitar” – the first European to ever receive this Award.